We managed to collect a dozen red peppers from the local produce stands, and the grocery store had them on sale, so we decided it was time to make a couple batches.  This wasn't our first time roasting red peppers.  We have roasted them on the stove and under the broiler.  While both methods work, using a grill is much easier and it keeps the heat outside which is important this time of the year.


Roasting the peppers are easy, just place them on the grill over medium heat and turn them as they blacken. 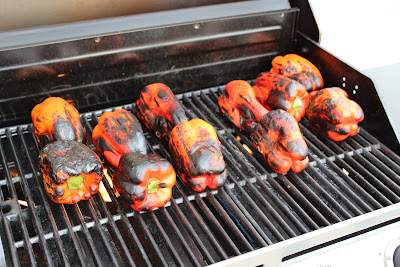 As they turned black we removed them and placed them to the side. 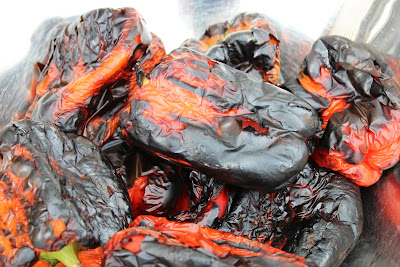 The peppers are very hot, so we let them cool until they could be handled.  Then it was time to remove the skins.  This can be done with a brown paper bag, but it isn't difficult to remove them by hand. 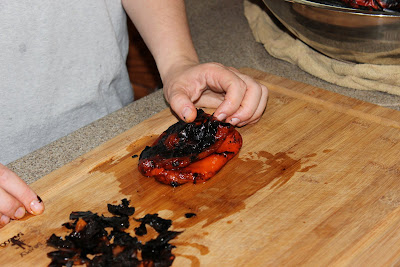 Once the skin was removed they were ready to be used.  We removed the stems, and cut them in large pieces. 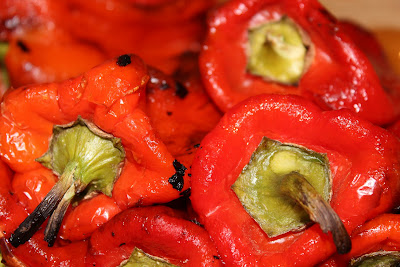 We wanted to can them so we weren't quite done.  We used Ball's recipe but substituted 1/4 cup balsamic vinegar for white vinegar. 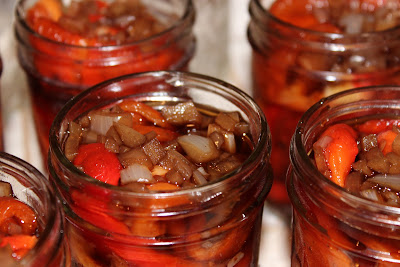 They turned out great, and will be appreciated throughout the winter. 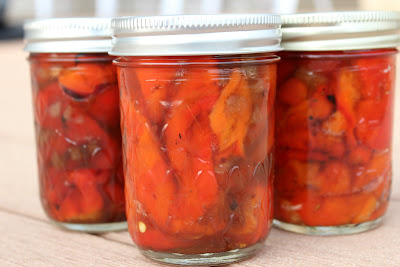